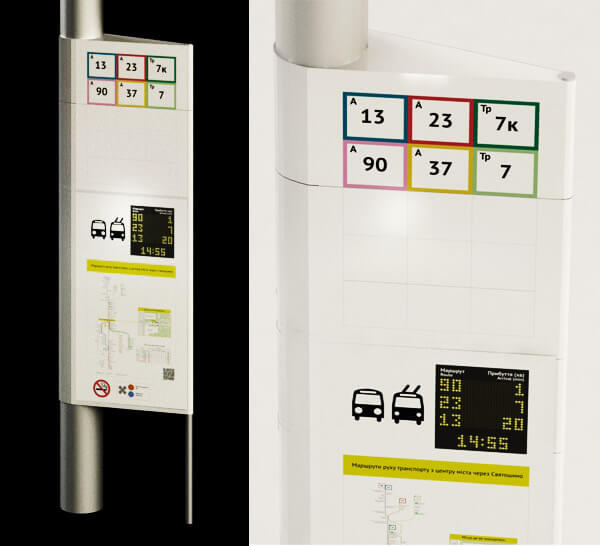 The aim of the project was research and improvement of urban navigation design. The study suggests how to fix certain incomprehensible navigation design elements in public transportation systems in Ukraine. The practical part of the work includes development of the graphic design of the layout of the bus stop’s information block and its 3D model.

Theoretical part of the work included in-depth analysis of the experience of the other countries in various fields starting from graphic design of public transportation stops and vehicles to printing production elements such as routes schemes and maps.

For better understanding of the main problems and practical results of the current research evaluation questionnaire survey was carried out.

As a follow up of mentioned study was started a project for route planner for public transportation. This project became a testing site for various UI elements, information representation techniques and coding and programming practices. 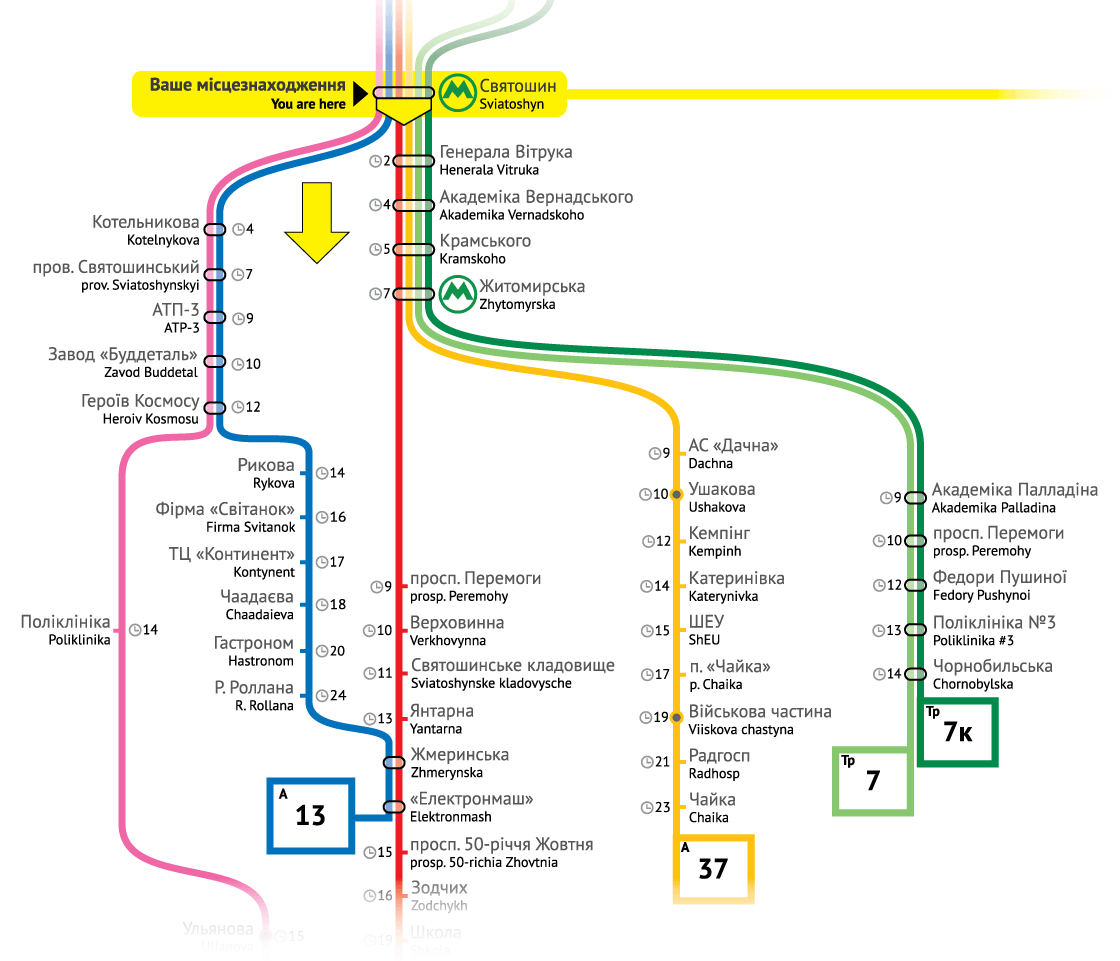 The resulting proposal of the bus stop stand was evaluated with the same users and majority of the suggestions were implemented in the second iteration of the concept.